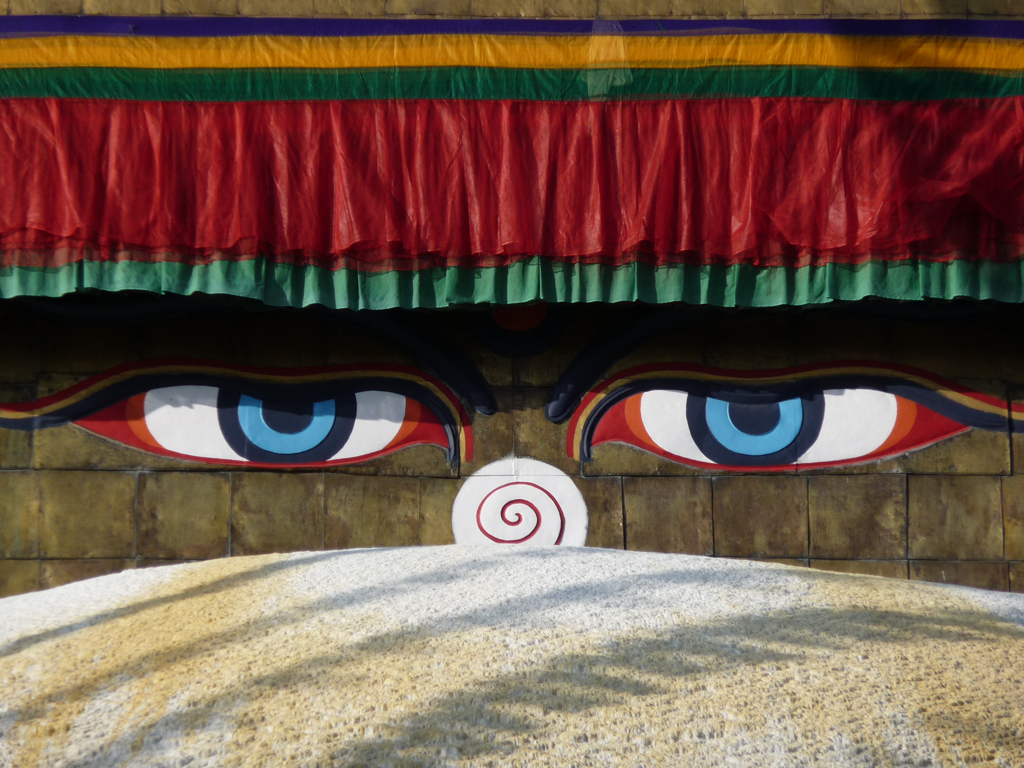 Most meditators I talk to don’t believe in enlightenment, for understandable reasons.

Most meditators I talk to don’t believe in enlightenment. It seems like a colorful but distant part of Buddhism, not something we could enjoy for ourselves.

I understand this view. Enlightenment—the permanent end of suffering—generally sounds too good to be true compared to our own experience. Most of us have never met an enlightened person, and it’s easy to see how prescientific cultures could inflate the achievements of past meditators.

Furthermore, perhaps we don’t even have a clear idea what we mean when we say “enlightenment.” Is “enlightenment” even really one thing? Are there different kinds of enlightenment? Is enlightenment just whatever people say it is, or a catch-all term for the “deep” experiences that come up in meditation?

All this postmodern doubt and ambiguity is familiar, even comfortable. But in the case of enlightenment, it also risks going too far—because enlightenment actually is real.

Stated more formally: Enlightenment is a specific experience that is shared by numerous people across time, geography, language, and culture. It has consistent and unique effects on the people who experience it; and those people describe it consistently, and give very similar advice for experiencing it ourselves.

I’ll be digging into this in a few ways, but I wanted to start with the most surprising and immediate evidence of enlightenment:

In particular, their eyes look different.

A major theme of Buddhist iconography through history is a certain kind of eyes that I’ll call enlightenment eyes. 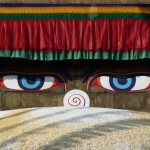 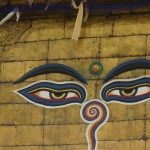 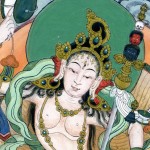 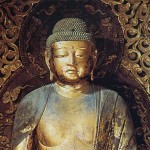 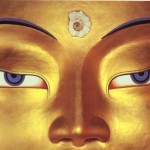 This slideshow of enlightenment eyes in Buddhist iconography lists, in order:

All these depictions of eyes, from across Buddhist history and geography, share a crucial quality: a profound relaxation, represented most clearly with hooded eyelids. In many cases, this relaxation is stylized so that the upper eyelids make a distinctive “U” shape:

If you’re like me, these hooded eyes can feel slightly exaggerated when painted as “U”s—but they also impart a distinct sense: of peace, of some form of inward contemplation, and of detachment in the positive sense.

There are people with enlightenment eyes.

Take a look at this comparison of the Jocho statue above with a current-day enlightenment teacher named Adyashanti:

The two images look more similar than you’d expect, given their separation by a thousand years and a massive cultural divide. The similarity centers around the total relaxation of both subjects—particularly their eyes.

Below are photographs of a number of contemporary enlightenment teachers. Underneath the slideshow, I’ve written out the qualities their eyes bring to mind, but you may first want to simply look through the slideshow and draw your own conclusions. 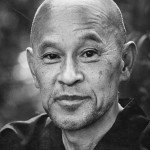 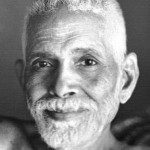 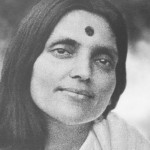 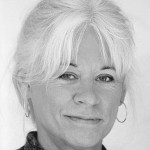 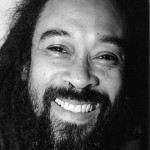 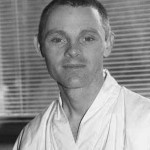 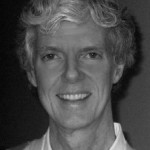 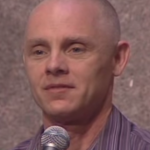 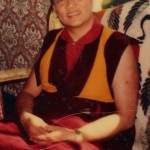 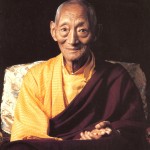 In all cases, what is most noteworthy (more than the individual qualities listed above) is a sense of profound peace, a complete absence of stress or angst.

The Rest of Us

If enlightenment eyes look so much a certain way, what do the rest of us look like?

Below are a number of people who, in my estimation, aren’t enlightened. Of course, very few people are, so I tried to choose these examples either at random, or as illustrations of a particular difference between enlightened and other people’s eyes. 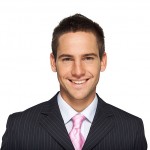 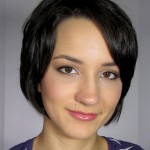 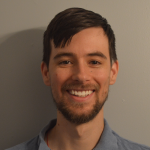 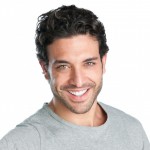 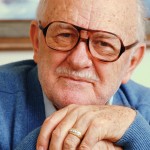 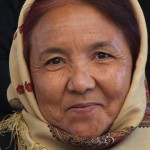 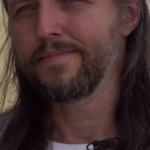 Cult leader claiming to be Jesus 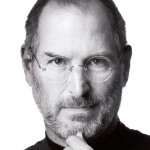 Obviously, it would take quite a bit of effort to prove the mathematics of the facial geometry discussed here; and obviously, these two sets of images do not constitute a properly controlled experiment. (Both the experiment and the math project, I believe, would be worth the effort, although I also don’t believe that everything in spirituality needs a scientific stamp of approval.)

However, if you look through the first set of photographs, and then through the second set, I submit that you will almost certainly feel a difference. (Try that now, before I bias you more.)

Relative to when you started reading, I hope you’re more convinced that enlightenment is a real human experience, and one that is happening right now to individuals of all cultures and backgrounds.

I also hope you have a better sense of how enlightened people look—and of how looking at them feels, and what a physical contrast they present with our burdened way of living.

I’ll close with one more photo: Kalu Rinpoche, meditating in front of a Buddha statue that looks just like him.