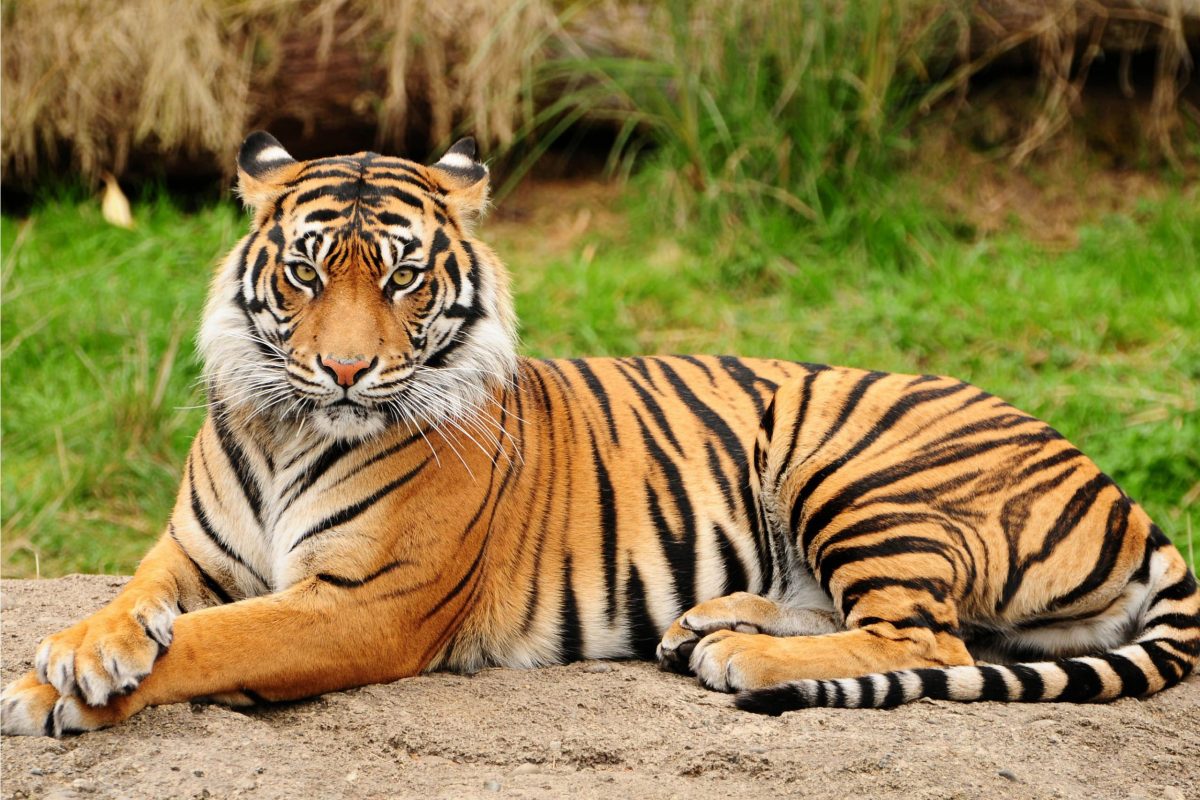 One important element of basic goodness is power, of a specific type: the innate power of awareness. Before we try to define this power directly, let’s take as an example the above photo of the gaze of a tiger.

Why is a tiger’s gaze so powerful? If you’re like me, the easiest answers—”because it could kill you,” “because we’ve evolved to fear large predators,” “because tigers just look cool”—don’t actually hold up. I don’t find the tiger above to be frightful, or merely cool. I find it to be majestic.

For me, a synonym for this majesty would be “innate power.” The tiger radiates a presence that, in and of itself, I can’t help but feel is powerful. What is the source of this power?

The power of awareness

For me, the tiger is radiating a powerful awareness, especially through its eyes: 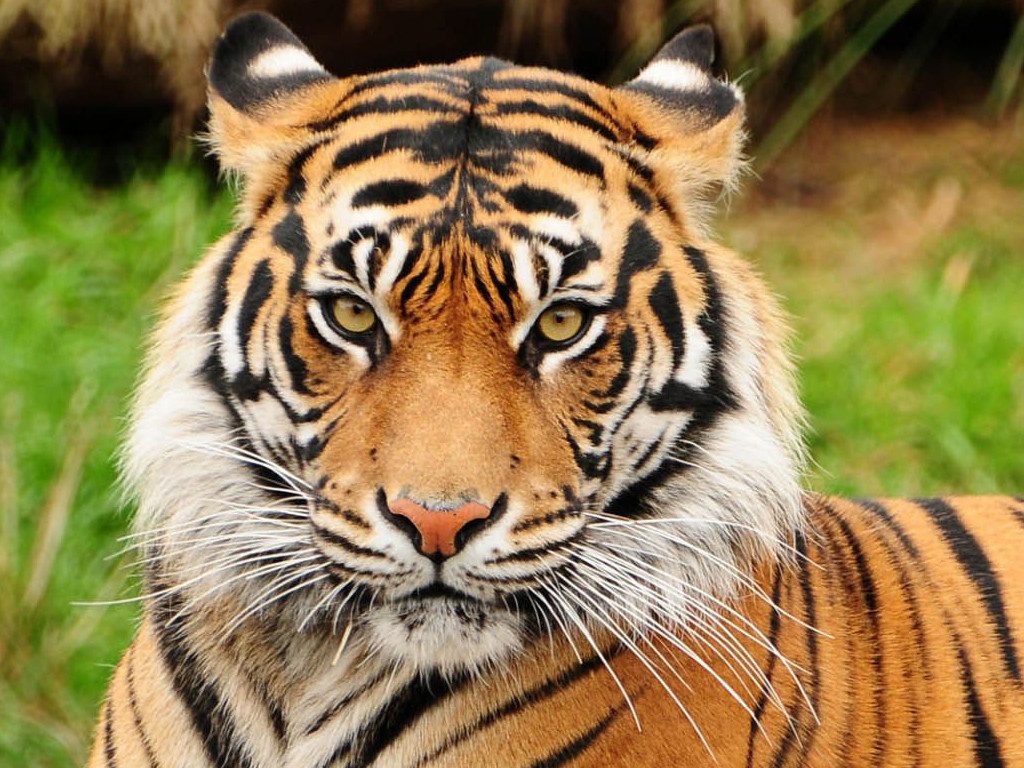 This creature is powerfully alive, and it is looking back at the camera with a force of awareness that is not hostile or aggressive, but is utterly without doubt.

For me, much more than its muscles and claws, the tiger feels powerful because of the total doubtlessness of its mind. There’s a term from Shambhala Buddhism that I believe perfectly expresses this doubtless quality: primordial confidence.

The fundamental power of awareness is part of the basic goodness not only of tigers, but of humans.

Of course, people are capable of enormous of self-doubt: as Mark Twain said, humans are “the only animal that blushes, or needs to.”

But in people’s basic nature—in how we are when we’re most like ourselves—I find the same doubtless awareness that gives a tiger its majesty and power.

Here is the featured image from the Wikipedia article on “Human”: 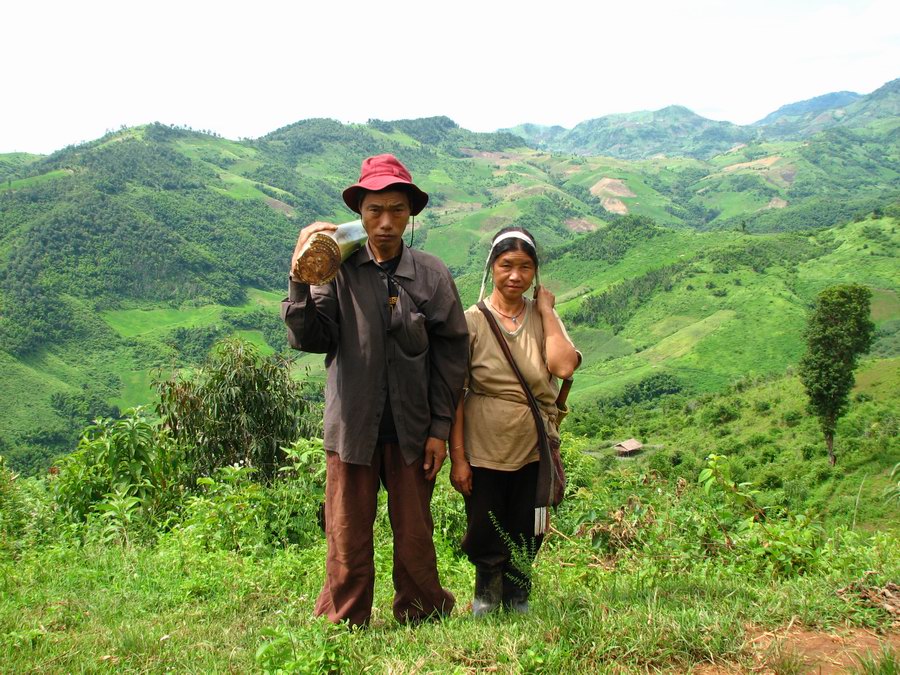 This couple is from the Akha people in northern Thailand. Although they are somewhat less glamorous than the tiger, I find that the couple’s gaze shares the same fundamentally doubtless quality. Like the tiger, their gaze suggests an awareness that, at its basic level, is without self-doubt and second-guessing—an awareness whose nature is primordially confident.

This primordial confidence feels innately powerful: like the tiger, the couple has a presence that is hard to ignore, and that almost comes across as a fierceness. I would find it significantly more difficult, for example, to lie to someone looking at me this way than to a person who was absentmindedly scrolling through his or her phone.

“Okay,” you may be saying, “so tigers and certain Thai couples look at cameras without evident self-doubt. What about all the people who don’t? If we’re just going to start labeling things ‘primordial,’ then aren’t most people plagued by ‘primordial doubt’?”

Let’s take an example: Shia LaBoeuf, one of the most visibly unhappy celebrities in Hollywood. 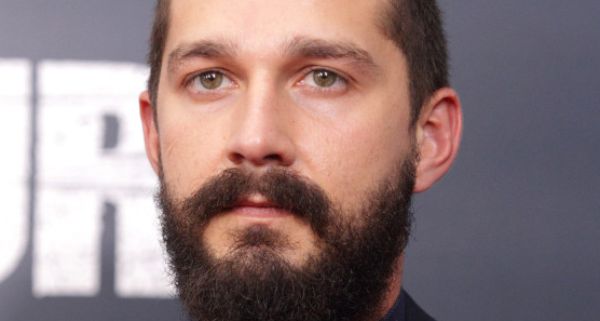 Like nearly all pictures of him, I find that this picture captures a deep-seated pain, doubt, and confusion. If you’re having trouble believing me, then pause your analytical mind and ask: how does this picture make you feel? To me, it makes me feel sad, like I’m seeing someone who’s trapped in life. If I had to caption this picture, my caption would be something like: “When will it all end?”

Many people look hurt, afraid, and confused in their photographs. So have we just proven the existence of “primordial doubt”—actually meaning, simply, “doubt,” thus reducing “primordial” to a meaningless new-agey adjective?

“Primordial”: at the deepest level

To me, “primordial confidence” refers to how we are fundamentally, basically, or originally: how we are when we’re most like ourselves. Doubt obviously does arise in our experience, but it is less basic than the underlying awareness it arises in. So doubt is something that arises in awareness; and doubtlessness, or primordial confidence, is a fundamental quality of that awareness itself.

That’s very wordy, so let’s look at another image: a result from a Google image search for “child.” 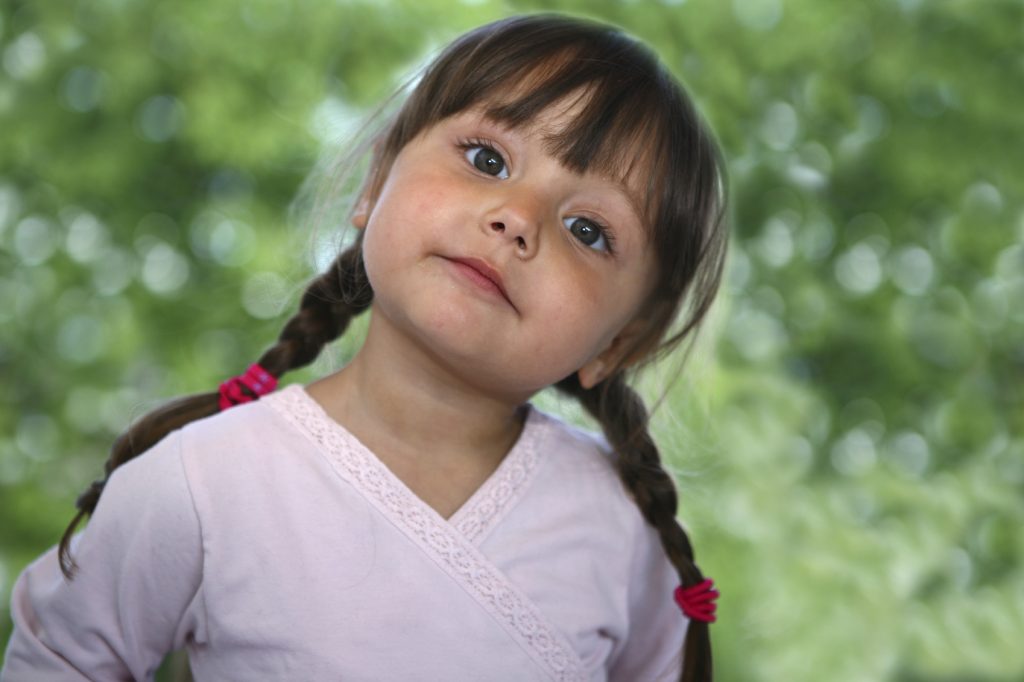 To me, this little girl’s eyes have the same self-secure quality as a tiger’s. They are certainly far more sweet than threatening; but, like a tiger’s eyes, they betray no hint of self-doubt.

To me, it would obviously make sense, from his picture above, to ask “What happened to Shia LaBoeuf?” In other words, Shia LaBoeuf’s unhappiness and doubt feel conditioned—the result of some specific set of experiences—and it would be commonsense to ask what those experiences are.

To take a similar example: When you go into a beautiful forest full of trees and birds, you don’t ask “What happened to this forest?” But if all the trees were poisoned and dead and the forest was eerily silent, you would immediately ask: “What happened to this forest?” In other words, from your experience, being healthy is the natural state of a forest. Health and beauty is such a clean and simple expression of a forest’s nature that you may not even think to comment on it.

And as a more unpleasant example, if our friend is thrashing about in the ocean with a large, bloody gash on his leg, and a great white shark comes up and eats him, we wouldn’t really think to blame the shark: its actions would be quite consistent with our understanding of a shark’s nature. If, conversely, the shark swims right by without eating our friend, we’d be very relieved—but at some point we might also ask, “What happened to that shark?”

So rather than pleasant or unpleasant, the question is simply: What is original and natural? And to return to the topic at hand, when you look at a human being who is being most like a human being—who is expressing his or her true nature—what looks back at you is a powerful, doubtless awareness. Our doubt is a temporary occurrence within an underlying awareness that is fundamentally and powerfully without doubt, as expressed in the eyes of a tiger, a child, or a couple from northern Thailand.

Depending on your personality, you might be intuitively attracted to “power” as a concept, or repulsed by it. In my own experience, I am often uncomfortable around power even when it is appropriately expressed, such as around competent police officers, or when someone becomes stern and unyielding in a crisis situation.

But those expressions of power are generally about relative or temporary circumstances: “power over” something, “power to do” something, and so on. The “power” we’re discussing here is an intrinsic element of awareness itself: it is the fundamentally fearless, doubtless, and energetic or “alive” quality of that awareness. Said differently, power is the energetic quality of basic goodness.

Why do I believe that “basic goodness” is an appropriate term, and that power is a part of it? Because I find the doubtlessness of a tiger or a little girl to be absolutely wonderful and worth celebrating—and something that I hope myself and Shia LaBoeuf can rediscover more deeply in our lives.

So no matter our personal histories, I believe that the “power” aspect of basic goodness is something that we cannot help but love once we see it. Moreover, as I’ve gotten less afraid of my own basic energy, I find that I’m also less afraid of the loud and sharp parts of reality more generally. Because our own nature is blazing with energy, sometimes things can be good and true and nonaggressive even if they aren’t exactly soft and gentle. Starting to discover this has helped me gradually move out of a phase in my life that was too gentle, because of a fear of power itself.

Thank you for reading!